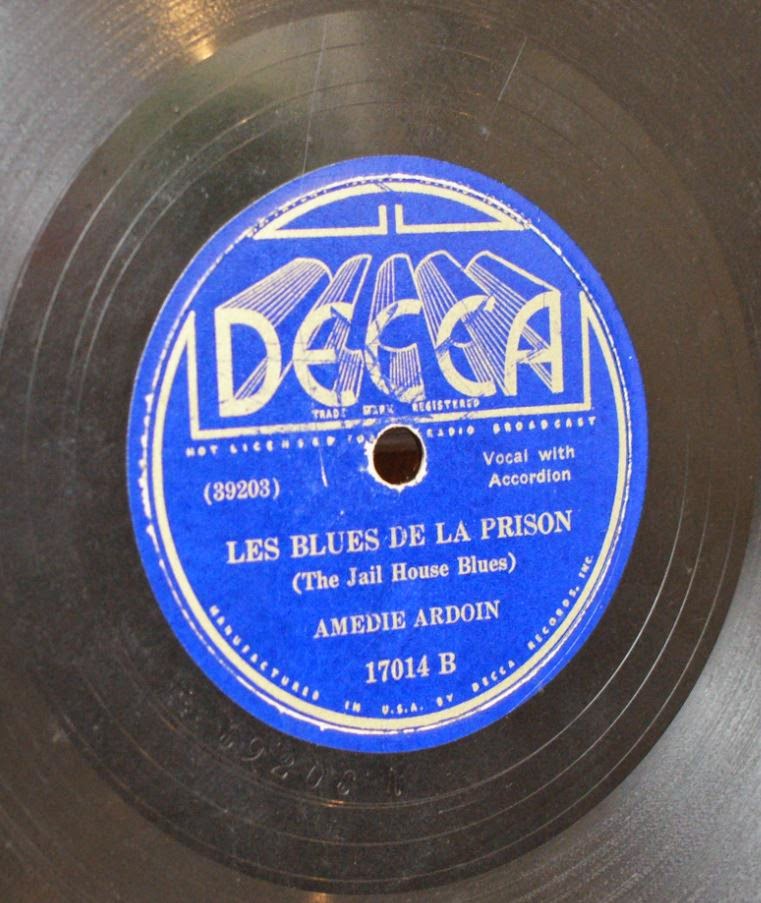 Everyone in the Cajun music scene owes some gratitude to one of the greatest to ever create the music, Amede Ardoin. Just about anyone playing the music today has some influence from his songs. Finding a 78 can be quite a challenge, one that Christopher King writes about for NPR and Oxford American. What's known (and rumored) of his life and death has been blogged quite a bit online.  However, what is important is his extreme influence on any traditional and contemporary Cajun artists that came after him.  You can hear his style prominently in Iry Lejeune's recordings.

The great-grandson of a slave, Ardoin moved, as a child, with his family to work on the Rougeau farm in L'Anse des Rougeau near Basile. While there, he frequented the homes of his friends Adam Fontenot, who played accordion and was later the father of fiddler Canray Fontenot, and Alphonse LaFleur, who played fiddle. Together with LaFleur or Douglas Bellard, a black fiddler from Bellaire Cove, Ardoin became a frequent performer at dances, playing mostly for white audiences who paid him $2.50 per night.

In his teens, Ardoin moved frequently, working for room and board. For a while, he worked as a sharecropper on Oscar Comeaux's farm near Chataignier. While there, he met Dennis McGee, a white fiddler from Eunice. One of the first biracial Cajun duos, Ardoin and McGee began to play at house parties, often attended by Ardoin's cousin, Bois-Sec Ardoin. When Comeaux sold the farm, the two musicians moved to Eunice, where they worked at Celestin Marcantel's farm. A lover of music, Marcantel often transported Ardoin and McGee to performances in his horse-drawn buggy 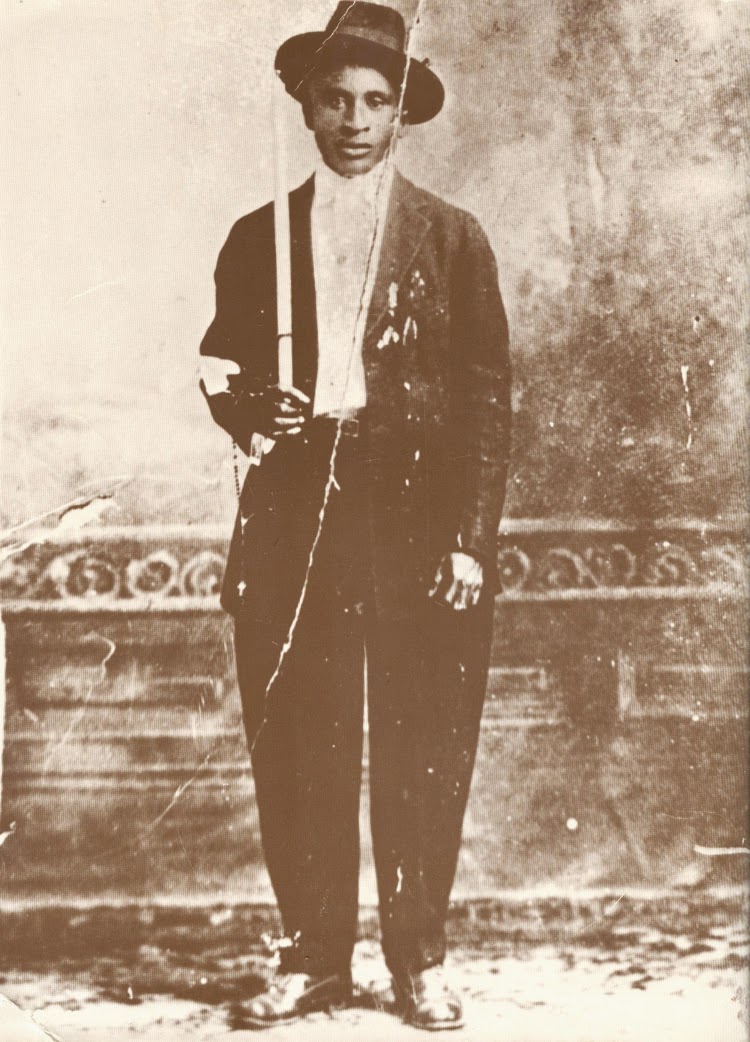 On December 22, 1934, Amade was invited by Decca's A&R man to travel to New York City.    Amede didn't want to travel alone.  He had asked fiddle player Adam Fontenot to travel with him and provide accompaniment however, Adam's mother felt he was too young to go to New York City.   Adam was supposed to accompany him on a song called "Les Portes de la Prison" however, since Decca never released this song, it is assumed either it didn't get recorded or the name was changed to "Les Blues de la Prison".

In the end, he wouldn't travel alone.  Joe and Cleoma Falcon also got invited to travel with him and together they got on a Greyhound bus to New York. When they reached Hoboken, New Jersey, they boarded a ferry to cross the icy Hudson River. As the ferry crossed, it began to sink, with water filling up the bus.  However scary this must have been, they all made it to the studio.

Amede would record the tune "Les Blues de la Prison (Jailhouse Blues)" during this session. Amédé lived the blues and injected his spirit into our music. Without him we would not have the dozen or so songs Iry Lejeune interpreted and recorded in the 1950s that helped to bring about a resurgence of Cajun French pride.  Ardoin himself was a sought-after dance musician who played both white Cajun gatherings and black La-la dances, and was known for his ability to improvise Iyrics about those in attendance, a practice which sometimes got him in trouble. "Les Blues de Prison" was based on medieval French songs, or snippets of them, that had variously come to Louisiana from France, Canada, and the Caribbean, and were then still prevalent in oral tradition.

Oh, the prison, I went to prison.

By myself, I went to prison

I'm going to get bored.

When I'm going to arrive

At the door, I will not want to go.

My poor mom misses me alot and she can not join me.

Oh, until then, yaille, Oh, the prison door closed on me.

They forgot the key. I think they threw it away.

They will not reopen until Monday morning, for the first time.

When it is reopened, it will be too late, for I am already condemned as a convict.

"Yaille" is a word that doesn't translate well or at all.  It's possible origin is from the Spanish phrase "ah ya yaille" loosely meaning "Oh! Wow!"  Sometimes it comes out as an exuberant yell.  Other times, it conveyed a mixture of surprise, reproach, and resignation.   According to AllMusic's Thom Jurek:


The tune attempts to be a Cajun folk song, but it slips away because of Ardoin's vocal into an ether inspired by a terrifying vision. He no longer cares about the melody or the time signature that is all cut time anyway; it's all the band can do, as Ardoin howls his anguish and fear into the microphone.